I did not want to run the timed mile today. 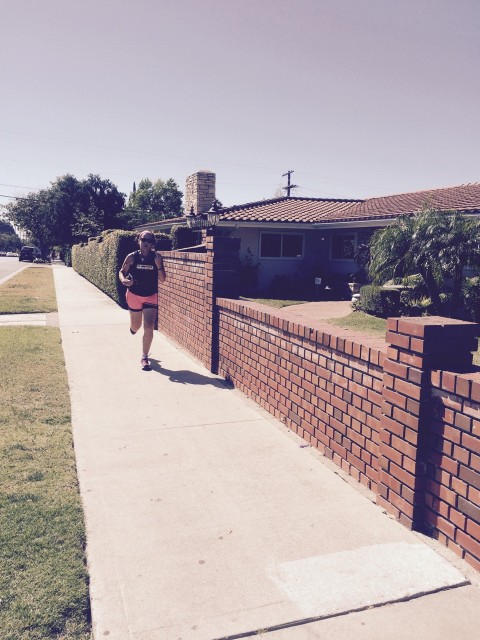 I ‘get’ that it’s part of my path to fitness; however, we had just been timed a couple of weeks ago and I am a big believer that progress should be checked monthly….not 24 arbitrary days later.

So, I planned a protest. Now, the protest was primarily in my own head so it was a fairly ineffectual protest but I was determined. I was simply not going to run my hardest. I’ve done it before. A lot, actually… through a great deal of my field hockey and lacrosse timed miles when I was protesting something or other.

I even ran today BEFORE the timed mile so that I’d be more tired and irritated when it came time to run. And, I was prepared to protest. It was in my psyche. The art of protest was pulsating through my body.

Yet, when we lined up, our commander-in-chief said very simply, “Run because you can. Run for the people who can’t.” Well, that just completely fucked me up. What did she mean run because I can? Yes, she was talking to the twelve other people who were about to run a timed mile, but I was listening on a deeply spiritual level.

What did she mean?

After assiduously working out for seven months, I am super strong. I have my wits and heart and courage. Hell, I’m the fucking scarecrow and tinman and dorothy and lion all wrapped up into one. Who am I to not run my hardest?  Of course I can run my best. Of course I should run my best. There are so many people who can’t physically run and I am holding a weird silent protest over four days. What is wrong with me?