Colin Firth, Brad Pitt and why I love book clubs 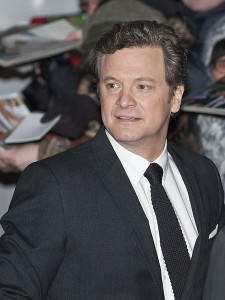 An avid reader, I have always loved being a member of a book club; however, I never manage to stay in them very long. Truthfully,  I have been kicked out of several book clubs. This isn’t because I don’t read the books…I ALWAYS read the books.  In the past, I have been politely expelled from the clubs for my repeated absences…that is,  I never quite managed to show up. I love the three mainstays of book clubs: Discussion, social interaction and wine. Yet, I’m often exhausted after a long day of writing and the thought of getting in my car and driving somewhere usually outweighs the trifecta of fun.

In our new technologically advanced age, I just had the great privilege of participating in an online book club. Perhaps the most ingenious concept since smoked cheese and velcro. Unlike other press events I’ve done for The Affair, I didn’t have to put on something fashionable, get my hair done or apply makeup. I wore my usual…yoga pants for women who never do yoga and an oversized college sweatshirt. My hair was pulled up in a messy ponytail and my face was devoid of makeup. Heaven.

The online book club Gr8books contacted my publisher Kensington to ask if I would be their guest author for their monthly tweet party. I was thrilled and participated last night as their book club discussed The Affair. My instructions were simply to be online from 8-9 CST, to have a martini ready and to be prepared to answer questions. Now, I’m not a martini girl, but at 7:50 I sat at the kitchen table with a nice glass of Tempranillo as I loosened up my fingers for the type-a-thon. At five minutes to eight, I suddenly panicked…what if no one came to my party? What if they were too tired to turn on their computers and join the conversation? My anxiety grew as the minutes ticked away; however, at 8pm sharp the online discussion started and I didn’t come up for air until 9:02.

It was, in a word, amazing. I had the honor of chatting with extremely smart, incredibly funny and phenomenally interesting readers about my book. They all had opinions, insights and observations and my only stress was attempting to answer multiple tweets because every time I refreshed my screen, there were seven more questions. I couldn’t keep up, but I enjoyed the challenge. The book club started with the usual social niceties…what everyone had for dinner, what they were drinking, if the kids had gotten to bed, how disturbingly sexy Ryan Gosling is. Then we dove into the meaty stuff…affairs, what if’s, and the should’ve, would’ve, could’ve. The leaders Christine and Andrea were terrific as they navigated the group from point to point.

One of the most entertaining topics was casting. I love casting and can talk about casting until the cows come home. I’m currently in the midst of casting my first feature Sister Cities and the list of strong candidates is endless. For the movie version of The Affair, there were a variety of suggestions over who should play the husband, wife and mistress. Some of the suggested actors for Robert included: Colin Firth, Brad Pitt, Hugh Jackman, Rob Morrow, George Clooney, Ben Affleck and Christian Bale. Suggested actresses for Kathy included: Catherine Zeta Jones, Sandra Bullock and Cate Blanchett and suggested actresses for Stephanie included Katie Holmes, Zoey Deschanel and Jessica Chastain.

Other book club highlights were discussing the play version of The Affair, Affair di Cuore,  which is currently touring Italy, bandying about potential titles for the sequel, how surprised people were to empathize so strongly with the mistress, the differences between bad people and bad choices and our needs as women to be loved, respected and adored. I also gave away an exclusive about the sequel.

It was an amazing experience…and I never had to leave the house.

Fun fact: The TweetReach report showed that over 93,000 twitter accounts saw the twitter party with over 1.2 million impressions!

Some of my favorite tweets from the discussion included:

You don’t know what happens behind closed doors. Not ours to judge. What was she possibly doing? #gr8books

Ha ha! Well said! RT @ColetteFreedman: In choosing the order of #theaffair, I always knew that the man had to be in the middle. #gr8books

I do understand why Kathy stayed though. She had to at least try to make sure. Not throw 18 years away. #gr8books

I know we’re supposed to not like the mistress, but I loved how @ColetteFreedman made her likeable & “grey area” wrong #gr8books

I can see all [perspectives] I’m a wife that’s felt neglected, a spouse that’s felt bored, wanted to be adored. #gr8books

Was wondering if you gals were discussing soap opera or real life. Then saw #gr8books! =)