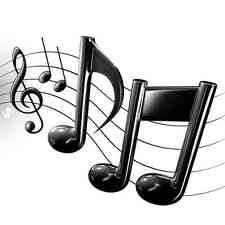 Growing up with a severely limited musical library (my entire exposure to music pre high school was Broadway Showtunes), I really knew very little about music.

Once I hit high school, I bought The Eagles Hotel California and anything from KISS… but that was only because I thought they were ‘cool’. It wasn’t really my musical taste. I liked Cat Stevens, Billy Joel and Elton John. I still do. But the way I got out of my comfort zone, the way I managed to expand my musical tastes….soundtracks.

Every movie I went to, I wanted to get the soundtrack. Footloose (the original), Fame (the original), Dirty Dancing,The Big Chill…even Top Gun: I had them all! I felt like a whole new world had opened up to me.

The first musical risk I ever took was getting the soundtrack of The Lost Boys. The music was unlike the folksy seventies music I enjoyed, it was different than the poppy eighties music I was comfortable with…it was dark. Really dark. And it was from the scariest film I had seen up to that point (okay…Dead Ringers and Children of the Corn were a tad scarier; however, I couldn’t get through either of them). Sitting in the dark theatre, hearing Gerard McMahon’s eerie goth rock anthem coupled with his biblical ‘Thou Shall Not’ lyrics, opened up my eyes to new musical possibilities. Cry Little Sister may be my favorite soundtrack song ever. While I didn’t love the entire album, I certainly love that song. (Another great song from the soundtrack is Echo and the Bunnymen’s People are Strange.)