Sophomore year of college, I got mono.

A lot of kids get mono in college and, statistically,  most of them get it sophomore year. Although that may be a statistic which is primarily in my head as I tend to make statistics up.

I was so sick that I lost twenty pounds and I was already on the slender side to begin with — I was 19 — most people are on the slender side at nineteen. But, I digress. I remember weakly getting on the train to go home and ALL I wanted to do was watch It’s the Great Pumpkin Charlie Brown. I couldn’t swallow, I couldn’t sit, I just desperately wanted to find solace from Snoopy and his gang and have some pumpkin pie. And when my parents finally got me settled under the afghan onto the couch where I would sleep in a daze for the next two weeks – sure enough Charlie Brown was on. But I was so sick, I fell asleep. I missed both the movie and the pie.

Two and a half decades later, I am watching the same Charlie Brown in a slightly different situation. And although Snoopy and the gang look exactly the same, I managed to find the twenty pounds I lost, along with twenty more who wanted to come along for the ride. So…

Tomorrow, I start a fast.

There are innumerable reasons for this drastic step… one, I have finally come to terms with the fact that macaroni and cheese is not necessarily a healing food, two I am on a journey of self-discovery and three, I just watched  the fascinating documentary Fat, Sick and Nearly Dead. So, I’m going to go for it. Two weeks. Two longggggg weeks.  It might be hellish, but according to a stranger in a store who recently sold me an overpriced ring, “Sometimes you have to go through the darkness in order to get to the light.”

ingested sixteen mini doughnuts, three beers, a tub of tzatziki and a large anchovy pizza…. and this is after I dropped by the bagel store this afternoon to have a bagel, cream cheese and lox.

Gluttonous? absolutely. But as a foodie who loves her food and drink, I am NOT good at detoxing and perhaps this is my backasswards way of psychologically preparing my mind and my body.

Or at least during the first few days, I’ll be so disgusted with myself I’ll forget to be hungry… and when the two weeks are over… maybe I’ll watch the movie again… and have some Pumpkin pie. 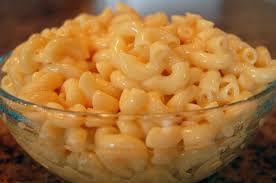