When I travel, I don’t wear socks with sandals or bright colors sneakers or Chico’s ensembles. I don’t want to look like an American, I want to blend in.  I like to look the part when I travel. Yet, looking the part does not mean acting the part. Especially when it comes to eating gelato. My travel philosophy is to try as many gelato flavors and stands as possible. After all, odds are I may only visit a city once in a lifetime…I might as well enjoy its gastronomic options to their fullest possibilities. 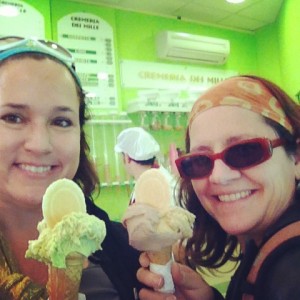 So…I pushed my way through several obese Midwesterners to toss a coin in the Trevi Fountain while eating Pistachio gelato.

I followed Nuns in the Vatican while eating Cioccolato gelato.

I chatted up Gondoliers in Venice while eating Tiramisu gelato. 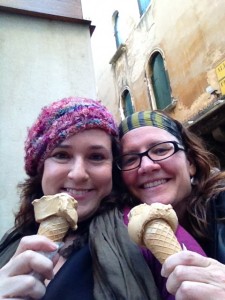