L’shanah tovah – the hauntingly beautiful power of the shofar 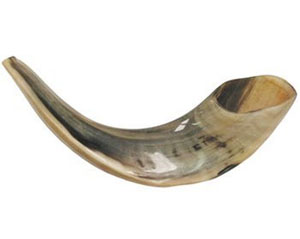 The essential mitzvah of Rosh Hashanah is to hear the sounding of the shofar. According to the famous Jewish philosopher Maimonides, the sound of the shofar is meant to wake up the soul and turn its attention to the important task of repentance. As a little girl, I knew nothing about repentance, I just knew I had the lung capacity of a longshoreman and I wanted to blow the shofar.

Before the oboe and the flute, I played the shofar. It was my first musical instrument. And even though it offered limited musical expression due to its lack of keys and valves to change notes, I think it elicited a stronger emotional reaction than either of my high school band instruments. The sound of the shofar is both haunting and resonating; it is supposed to sound like the personification of the soul. Now, as a little girl, I knew nothing of theology, I just knew that I had enough enthusiasm, plus the right embouchure, to enable me to be my family’s official shofar blower– the Tokea (which literally means “blaster”). All year long I’d eagerly wait for my chance to blow the ram’s horn and contribute to the Jewish New Year. I would hold the shofar in my little hands, excitedly anticipating my father’s shofar calls:

“Tekiah Gedolah” – a single unbroken blast, which I would hold as long as possible. Eager to improve, impress, entertain, and fulfill my filial duty.

I still celebrate Rosh HaShanah; I reflect on the past year as I try to let go of the old, ask forgiveness, and look toward the possibilities of the new year.

And I think that in a world now overloaded with the technological sounds of text buzz’s and Skype pings and email bells and cell rings…there is something so hauntingly beautiful and raw and simple about one of the original calls to action: The shofar blow.