Obama was elected 3 years ago today… a feminist’s perspective… 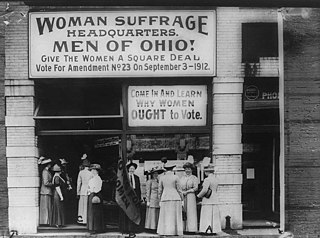 Obama was elected three years ago…today. Many of my friends went to see the inaugural…I entered a competition to try to see the inaugural live. I didn’t win… perhaps it was too much to compare Obama’s election to menopause… still, the essay is worth having a look at.

“What does this inaugural mean to you?” Change is a euphemism for menopause – the time in a woman’s life when she stops reproducing. Years ago, women who reached the age of menopause became obsolete: Their purpose had ceased; therefore, they were redundant. Today, “the change” of menopause has been completely redefined. It is when women reach the age of menopause that they are often most needed, most successful, most self-defined and most able to contribute in ways they could have never imagined in their younger years.

What this inaugural means to me, as a woman, is that we have finally collectively realized as a country that change is good. We’ve admitted that we’re ready for the spark of new possibilities, the igniting of new changes and the explosion of new frontiers, both of ideas and actions. This is a groundbreaking inaugural on innumerable levels and to have the opportunity to be a spectator at the greatest show in the world would be so emotionally overwhelming, it is difficult to express.

Obama represents what everyone wants in a leader. He represents what everyone wants in a partner, in a friend, in a colleague, in a family member and in a leader…someone who makes us better than we already are. This inaugural and the great man whom it honors means that, as a country, we are finally recognizing the importance of embracing new possibilities, challenging new boundaries and redefining our potential.

To watch the inaugural “live”, would be akin to watching MLK’s “I have a dream” speech, Lou Gehrig’s “luckiest man alive” speech, or Susan B Anthony’s “woman’s right to vote” speech. While these moments are forever recorded in history, there is nothing like being present to serve as a witness to history. As a playwright, I understand the tangible electricity of being in a theatre and feeling the palpable energy that the actors can impart to an audience in a live performance. To be able to sit in the audience and watch Obama, in person, on his “opening night” of a, hopefully, eight year run, would be like watching Michael Jordan shoot hoops, the Beatles perform or Baryshnikov dance.

When Obama began his campaign, he galvanized an entire country. I had been, admittedly, guilty of political apathy until I found a candidate about whom I could become 100% impassioned.  I had no problem jumping on the Obama bandwagon as his magnetic personality is contagious and our country seems ready to be a better country with him at our helm. What this inaugural means to me is the phenomenal crossing of the Rubicon and the kickoff of a presidency which represents hope, change and a newfound community responsibility, united belief and personal empowerment.