Once upon a bimah – the genesis of a writer’s career 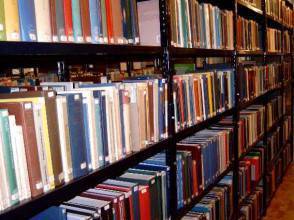 My first crush was the Pikesville library in Baltimore. Every Saturday, my parents would usher me into the small, ancient red brick building quietly ensconced along one of the less-developed business roads in Pikesville. I would spend what seemed like hours quietly roaming the young-adult stacks and painstakingly choosing the “friends” I would bring home with me for the week.

One week, I would ambitiously attempt to devour the entire “Box Car Children” series; another I would host a Judy Blume marathon and vigilantly try to sneak the purportedly trashy “Deenie” home in between my “Sheila the Great” and “Blubber.”

After racing through all of the books with still a few days lingering between my weekly trysts, I would start reciting the books aloud, memorizing passages and acting out the various characters. Sometimes, I gawkily went so far as to continue the books in my innumerable journals. I’d imagine my own ending to the “Narnia” books and give the “Bobbsey Twins” new mysteries to solve.

My first audience was my far-too-willing parents and my far-too-unwilling younger brother. At dinner, after my parents asked us how school was and my brother, retorted with the perfunctorily pithy “fine,” I immediately glimpsed my window of opportunity and launched into a new playlet. Everyone assumed I would outgrow this “little phase” of needing attention. The day of my bat mitzvah proved otherwise.

It was raining outside Beth Am, one of the only pre-century temples that stood proudly in a yet-to-be-gentrified, fairly unsafe neighborhood. My hair was curled like Farrah Fawcett‘s and my bat mitzvah book — yes, book — whose cover I had designed and whose 11 pages I had meticulously written, was ready.

A burnt orange cover, my thematic Thanksgiving color of choice, enveloped the little novella, which proudly stood in nine piles of 11, waiting for people — my people, my audience — to read during the ceremony. As I stood up on the bimah, I took people through my book of poems, stories and anecdotes. It was then that I realized an audience of 99 sure beats an audience of three. My dream was to write.

This article is a partial reprint of an article I had published in the Jewish Journal in 2005.