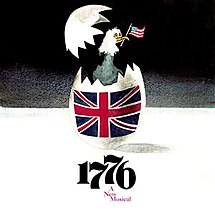 Peter Stone, who is my second cousin twice removed is a hero to most writers… including me. He has an unbelievably impressive resume and is one of those rare people who have conquered the stage, screen and television… winning an Oscar (Father Goose) , a few Tonys (1776, Woman of the Year, Titanic), and an Emmy (The Defenders).

Peter Stone is famous on the issue of directors demanding a share of the playwright’s income because they “collaborated” on the script. His reply to the directors who asked that of him, “You know… when I put that first blank piece of paper into my typewriter… where were you? I somehow don’t remember you there in the room with me at that moment…”