When I asked at the Stockholm spa why a Swedish massage in Sweden isn’t just called a massage  they patiently explained,  “It’s called a Swedish massage because a Swedish person is giving you a massage”. Serves me right for asking. Despite the semantics, the massage was spectacular. So spectacular, in fact, that I might have proposed to my massage therapist. Okay, I did. I did propose. I also invited her to come live with me. Which either charmed her or freaked her out, probably the latter. The massage was THAT good. Now, if you cannot get to Sweden for a massage this week, then I highly recommend April Stevenson [email protected], who is not Swedish; however, has the touch of an angel, the intuition of a master healer and the personality of a saint. She really is a brilliant masseuse. Book her immediately. But I digress, my Swedish massage was the perfect end to a perfect week in one of the easiest cities I’ve ever had the fortune of visiting.

Stockholm is situated on fourteen islands, and the city center is connected by bridges and easily walkable and accessible by boat… of which there are many! In our week here, we easily visited all of the major tourist attractions – including my favorite the ABBA museum – where I was unofficially invited (by myself) to become the fifth member of the band. We also paddle boated in the Baltic Sea, ate farm to table at the Fotografika museum cafe,  saw a parade celebrating the changing of the guard, pretended to get a Nobel Prize, took a boat out to one of the 3,000 archipelago islands, walked the cobblestone streets of medieval old town Gamla Stan and had the opportunity to taste the local delicacy (herring prepared numerous ways) in every single restaurant we visited. We were also here so long that we ordered pizza to the room, drank wine on our porch every night (it doesn’t get dark here until 11pm), did laundry, shopped in grocery stores, and averaged 20,000 fit bit steps a day.

I definitely have Stockholm Syndrome and do not want to leave, but the vacation is just beginning as the cruise starts tomorrow and Helsinki, St. Petersburg, Moscow, Estonia, Berlin, Copenhagen, Amsterdam, Bruges and Brussels await! 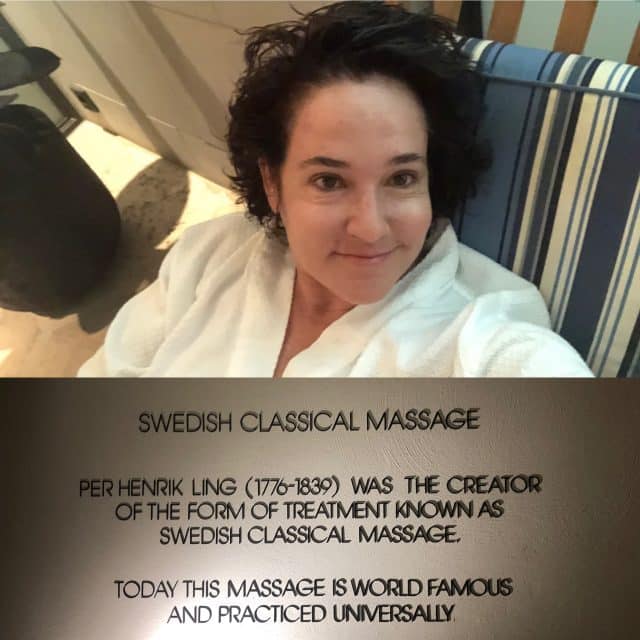