Actors who direct… it makes perfect sense to me 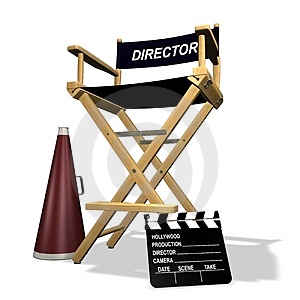 Actors who direct… it makes perfect sense to me. They understand how it feels to be in front of the camera; thus, the transition  behind the camera is a natural one. While I am an enormous fan of auteur filmmakers like  The Coen Brothers, Steven Soderbergh,  Ang Lee, Tony Scott and Brad Bird… I am a similar fan of actors-turned-directors… like Ben Affleck, whose Gone Baby Gone was one of the best directorial debuts I’ve ever seen. Warren Beatty’s Bulworth was… in a word… genius. And George Clooney has masterfully jumped back and forth from actor to director and back again with beautifully directed smart films like Good Night, and Good Luck and The Ides of March. Other actors, including Kevin Costner, Danny DeVito, Robert Duvall, Jodi Foster, Ron Howard, and Clint Eastwood have all made memorable films – both on the screen and behind it. However, it is the lesser known actors and the smaller films which impress me even more… especially the subtle and honest performances which the actor-turned-directors get from their casts. Such examples include: Bill Paxton’s Frailty, which remains one of my favorite indie films and Vera Farmiga‘s gentle directorial debut in Higher Ground. Angelica Huston deftly directed the controversial Bastard Out of Carolina. Stanley Tucci did a terrific job with Big Night, Kevin Spacey’s Beyond the Sea was charming and Billy Bob Thornton’s SlingBlade was unforgettable.