Alfred Molina, Holly Hunter and the power of grief. 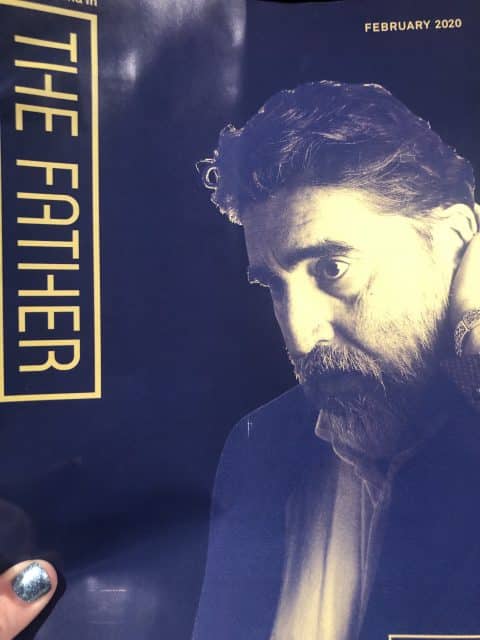 Last night I was destroyed by Alfred Molina’s devastatingly brilliant performance as André, a man suffering from Alzheimer’s in Florian Zeller’s The Father. Unlike most plays about Alzheimer’s, dementia and losing one’s mind, The Father is not a linear story told to the audience; rather, it’s all from André’s POV.  As he got deeper and deeper into his own fear, vulnerability and pain on stage, I felt the same emotions bubbling up inside of me… and about 3/4ths of the way through the way through the play as André cried because his daughter’s husband was physically abusing him, my floodgates opened and did not stop. Because as I sat watching and wondering if it was really happening of if it was just in André’s mind, I was suddenly rushed back eight years earlier when my best friend was complaining of the same abuse by her professional caregiver. Abuse which most likely wasn’t there – but was so deeply embedded in her mind that she believed it was. And really, what is the difference?

After the play, I tried to collect myself. I’ve been thinking a lot about grief over the last few days and my relationship to it. I feel deeply and have no issue addressing, leaning into and feeling it 100% so that it can dissipate. Dissipate… not disappear because if you have lost someone, mentally or physically, it always lingers…somewhere beneath the surface. Last night, my grief for my best friend who physically sits in a home five miles from my house yet mentally has retreated so far into her shell she no longer recognizes me, or herself, smashed open the floodgates.

And as I walked out of the theatre, a complete and utter bubbling mess, only wanting to hug Fred and connect and try to use my absent words to tell him how extraordinarily raw and honest and fluid and amazing he was, I couldn’t. I wanted to tell him that, like all great theatre actors, he was a vessel…who allowed me to have my own deeply profound and cathartic experience through him, but I couldn’t. I wanted to tell him that even though I’ve seen every play he’s been in for the last three decades including Rothko in Red, Yvan in Art and Tevye in Fiddler – that I think this is his true masterpiece, but I couldn’t. Because a tiny wisp of a woman was also waiting to congratulate Fred…and then as my spasming body kept bawling, my mind decided that Holly Hunter and I should be best friends.

I mean, my best friend was suffering from Alzheimer’s and she was petite and talented. Holly Hunter and I had just seen a play about Alzheimer’s and she was petite and talented. It made perfect sense. Now, I couldn’t manage to get a word out about the play, but as I stood an arm’s distance from Holly, yes…in my mind we were now on a first name basis, and blubbered like a baby – I wondered if she wanted to be best friends with me. It made sense in my mind. She started as a theatre actress and worked with playwright Beth Henley, her longtime friend and collaborator. I wanted to scream, “Holly. I am ALSO a playwright, we should totally work together. Let’s get facials and mani pedis and talk over a bottle of red wine.”

And I hugged him. And the tears fell. Freely, easily, fearlessly. And in that hug, I was perhaps able to convey the gift he had given me that night.