I’m done crying about the lack of gender inequality #mybffstory

25 years ago, I uprooted my entire life. 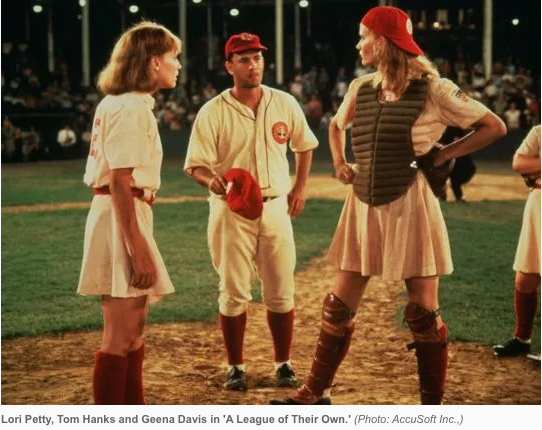 I was enjoying a successful career as a field hockey and lacrosse coach and my future was determined… it had pretty much been determined since I was a little girl. Kindergarten to Graduate School, playing sports along the way. I loved my life and I probably would have loved my life the way it was predestined to continue to roll out: Marry my college boyfriend, teach and coach, have a couple of kids, put up a white picket fence, live the American Dream.

But life is not predestined… we have choices. And 25 years ago, I made a pretty major choice. I uprooted – leaving everything and everyone I knew. I left my comfort zone and I moved across the country to follow a dream. To pursue a career in Hollywood.  I packed up my Toyota and drove cross country with my brother and my best friend: And one day in early July, we stopped in a small podunk town and stayed at a small podunk motel and went to a small podunk movie theatre…and saw A LEAGUE OF THEIR OWN.

And my life was changed…again.

Two of my favorite things in the world are movies and sports. So, when movies are made about sports, I am generally the first in line. I’ve seen them all from Hoop Dreams to Bend it Like Beckham. And A League of Their Own was the first film I had seen in a long time that starred empowered women, was about something important and inspired me. Not to play baseball…to make films for and about women. 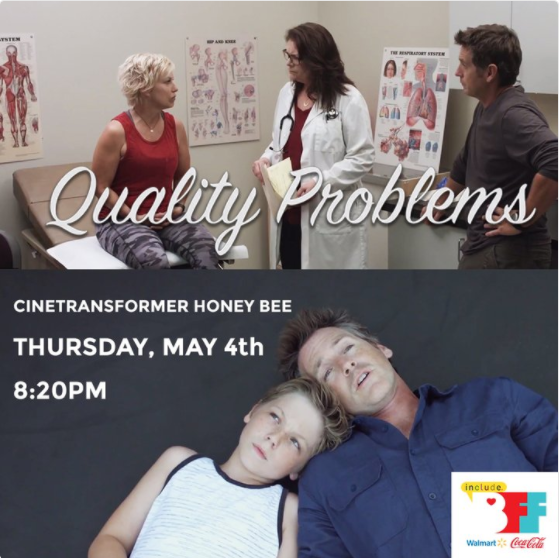 So, I find it incredibly coincidental and a tad ironic that NEARLY 25 YEARS TO THE DATE of seeing this inspirational film, I am heading to the Bentonville Film Festival, with Quality Problems, a film entirely produced by women, written by a woman and co-directed by a woman. The majority of our department heads were women and I am so proud to be heading to a festival which not only celebrates women, it recognizes that there is an audience thirsty for the stories we have to tell. There is a need for the next generation of girls to be represented in the media. THERE IS THE POTENTIAL TO CHANGE THE CULTURE FUNDAMENTALLY THROUGH REPRESENTATION IN FRONT OF AND BEHIND THE CAMERA.

Here’s one of the many things about Geena Davis. She’s fucking smart. She is a badass, fucking smart, empowered woman who 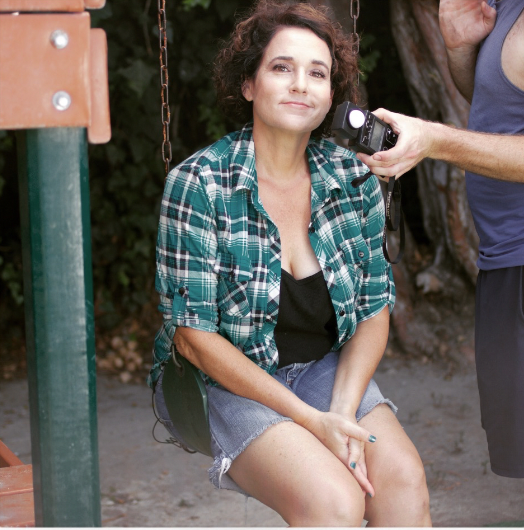 is using her fame for good. She created the Geena Davis Institute on Gender in Media, which is “the only research-based organization working within the media and entertainment industry to engage, educate, and influence content creators.” As a content creator, I couldn’t be prouder to be a part of a film which followed a personal mandate for hiring women in key roles, took risks with how it represents its lead female character, strove for inclusivity behind and in front of the camera, and represents a group of women who were tired of waiting for their next project hire and JUST MADE IT HAPPEN.

“There’s no crying in baseball” and, frankly, I’m done crying about the lack of gender inequality in our industry. So, together with a group of extraordinary women…I’m doing something about it… base by base… film by film.