Today’s PSA: I have found the Fountain of Youth 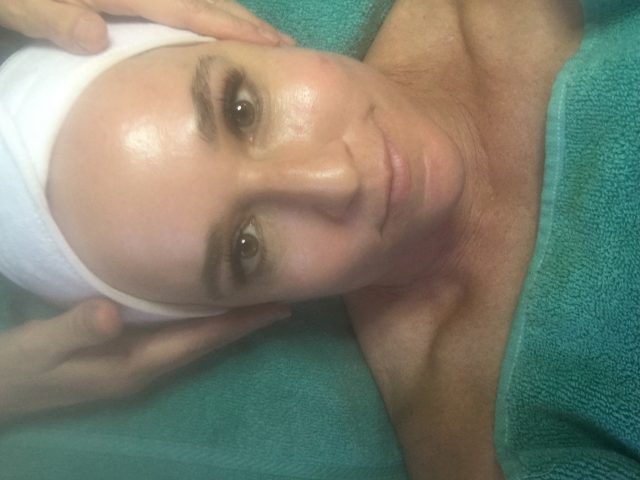 I have found the fountain of youth… and unlike Ponce de León, I am going to share my secret.
Here’s the thing. I used to have acne. Bad, bad, bad, bad, BAD acne. Remarkably, I wasn’t a prepubescent pimply teen. No, I escaped the trauma of high school hideousness and actually graduated looking like a Noxzema girl; albeit a chubby Noxzema girl. Then college came and the zits competed to make their unwanted appearance. By the time I was in grad school, I had already been on three doses of Accutane. It was hell. I moved to LA to…well, the reason everyone moves to LA…to be an actress…only I was spending all of my disposable income on cover up. I tried everything…the red lights, the blue lights, masks from egg whites to garlic paste to apple cider vinegar. I smelled like a bad kitchen experiment gone awry. I was desperate. And then I met HER…the woman who would change my life.

I met her twenty years ago and went in for a routine facial…and, in a few months…the acne went away. I kept going to her and through her pinching and pruning and massaging and extracting….my skin started to look…. younger. Softer. Fresher. I can’t explain it, other than to look at pictures of myself next to women of a similar ilk and think….what the fuck is happening…I am getting younger.

The woman is a maestro. She is the Picasso of plumping. The Baryshnikov of Anti-Aging. The Renoir of rejuvenation The Michelangelo of moisturizing. The Da Vinci of deep cleaning. Oh…and she is a genius waxer as well..the Botticelli of Brazilians… okay, I’ll stop now. The point is that she is gifted, there is nothing toxic or surgical involved..it is simply her innate “know how” and customized knowledge when it comes to doing the best thing for your face.

After spending two decades working for other people, Vicki has finally branched out on her own and opened Nova Skincare Studio in the Valley… so I am going to finally share my secret of looking so youthful, despite my 62 years.

Make an appointment. Visit her and watch your skin change. (oh…and she gives 10% for your first visit)