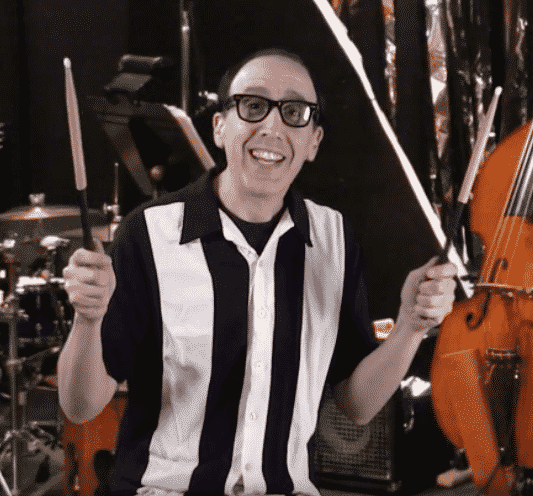 For all intents and purposes, I am musically inept.

Growing up in suburban Baltimore in the seventies, my musical exposure was limited to  Jewish folk music and Broadway Showtunes that my parents played on our turntable. I didn’t mind, I used to do roller skating routines to Havah Nagila and It’s a Hard Knock Life. I knew every Barbra Streisand song by heart and while her 2.8 octave range spanned from C#3 to Bb5, mine ranged in a slightly more limited A to B. Still, I confidently belted Don’t Rain on My Parade with the showmanship and chutzpah of someone who had no idea how off key she was.

It wasn’t until my high school boyfriend Richard Lipsky introduced me to Billy Joel, that my musical cherry was broken. Who knew what magic could come from songs like Captain Jack and Scenes From an Italian Restaurant. My roller skating routines now included Movin’ Out and Big Shot. I devoured every album from The Stranger to Glass Houses: I was in love… with Rich, with Billy…with the possibilities of music beyond Showtunes and Klezmer.

I slowly broadened my horizons with Carly Simon, Elton John and Carole King. I dabbled in Van Morrison and Joan Armatrading. I ventured into the Wild West of Cat Stevens, Queen and Abba. But it wasn’t until I discovered Phil Collins and Cowboy Mouth that I understood the power of the drummer. Sure, Ringo had always been my favorite Beatle…but I didn’t realize why until I started to understand my own passion for the instrument. Not as a player but as a groupie.  (My musical dreams were crushed in high school when I broke six fingers in eight seasons of field hockey and lacrosse, and more so in college when I broke another two.) I knew my days as a potential musician were limited to fantasy, so I kept falling in love with drummers. And then I met Mark Troy… a nerdy Jew with a secret superpower: He had played percussion in the Queens All County Orchestra and, frankly, that was a better aphrodisiac than oysters and chocolate.

At night, he’d play the drums and I’d go to his “concerts”, holding up a lighter and pretending I was cool.

I was following the band. Or at least the drummer. My drummer.

Troy’s kit was one of his prized possessions and when he died I knew I wanted it to stay in the family. I gave it to one of my closest friends whose son played it for seven years. Now grown and ready to move on, he was done playing. My friend called wanting to know if she should sell it on Craig’s list and get me the money, or if there was someone I had in mind to pass it on to.

Now, I am not a big one on possessions. Sure, I have loads of things that have immense sentimental value – but things are just things. But this kit… is more. It’s memories. It’s love. It’s life. So, I wanted to keep it in the family and I found the perfect group of little boys to continue the history. And I can’t stop crying, because I’m happy and I’m sad and Warren lost and everyone is freaking out about this virus and Trump is still in office. But when I think about this new set of little boys banging on Mark Troy’s drums, I feel hope.

Whether they just bang on it, or become the next Keith Moon, it doesn’t matter.

Because It represents a  celebration of a life cut too short.

Because It represents a celebration of lives yet to be lived.

Because It represents life. love. talent. And laughter. So much laughter.