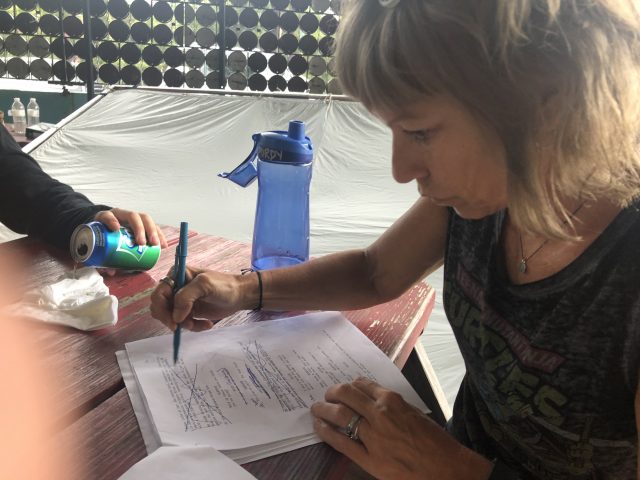 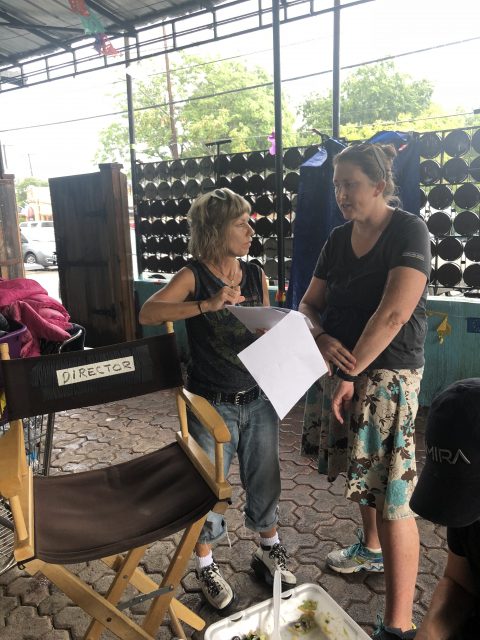 When shooting an indie film, the director and producers are often cutting on the fly. As heartbreaking as that is for the actors and writers, it’s a necessary fact when you simply do not have the money or resources to get all of your shots. Today was a grueling; albeit, productive day when both of our young stars pole vaulted over the already too high bar. But we had too many shots, not enough time to shoot them, complimented by an unwanted  torrential two hour storm in the middle of the day. So, we had to make choices and luckily the writers were on set. Luckily, Brooke Purdy may be one of the smartest writers on this planet and, within two minutes, easily cut out half a page and deftly cobbled together two scenes which sped up production considerably.

This cut also unfortunately meant that Dodi, my character, would not be eating beignets… she wouldn’t in fact be eating anything. Instead, the important plot point was given to Miles.

Now, as a carbo junkie who has been looking forward to eating a beignet on camera for the last four months, I was…in a word…disappointed. However, as I watched Max eat beignet after beignet…. my disappointment turned to relief.

He made each bite seem  mouth watering, even though he had to choke down 18 beignets in the course of twenty minutes. And these beignets were not piping hot morsels of magic from Cafe Du Monde. They were art department beignets which had been sitting on set all day in 98 degree heat over which the flies were having their own deadly Hunger Games . But Max was a champ. And he devoured the beignets. Over and over and over again.

Writers should always be on set. If not to eat complex carbs, then to make important time saving cuts.